She has never thought of being a Nurse but her curiosity in Science led her to take up the nursing career as it involves helping people and as part of continuing into higher education while reducing her parents’ financial burden at the same time.

She graduated with a Diploma in Nursing in 2004 from Assunta College of Nursing. She began her career at a multi-disciplinary ward at Assunta Hospital and was promoted to Senior Staff Nurse after 3 years of working experience. Assunta Hospital provided the opportunity to advance her knowledge and sent her for Wound and Foot Care Management Course at University Malaya Medical Centre.

In 2007, she was assigned to oversee the Wound and Foot Care Clinic at the same Hospital and was later promoted to Charge Nurse in 2009 in Specialist Department.
Her interest towards Nursing has never ceased since she began her nursing career. She returned to Assunta College of Nursing as a Clinical Instructor in 2009 to contribute further in student nurses’ learning. In 2014, she further pursued her Post Basic in Orthopaedic Nursing Post Basic in KKM. 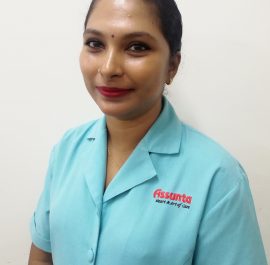 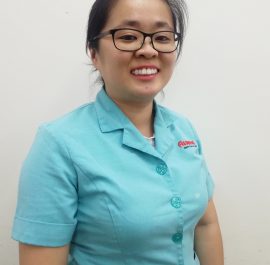 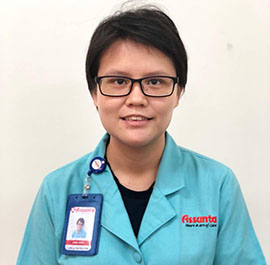 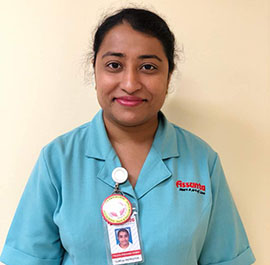 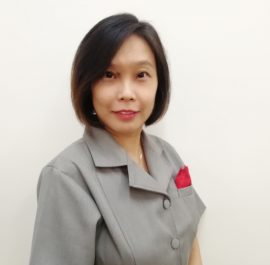 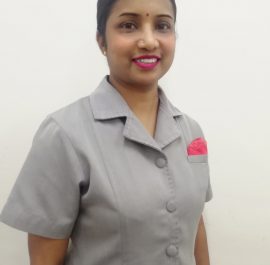 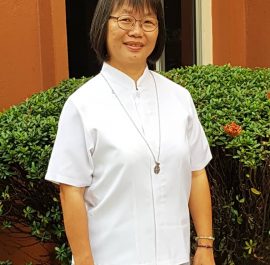